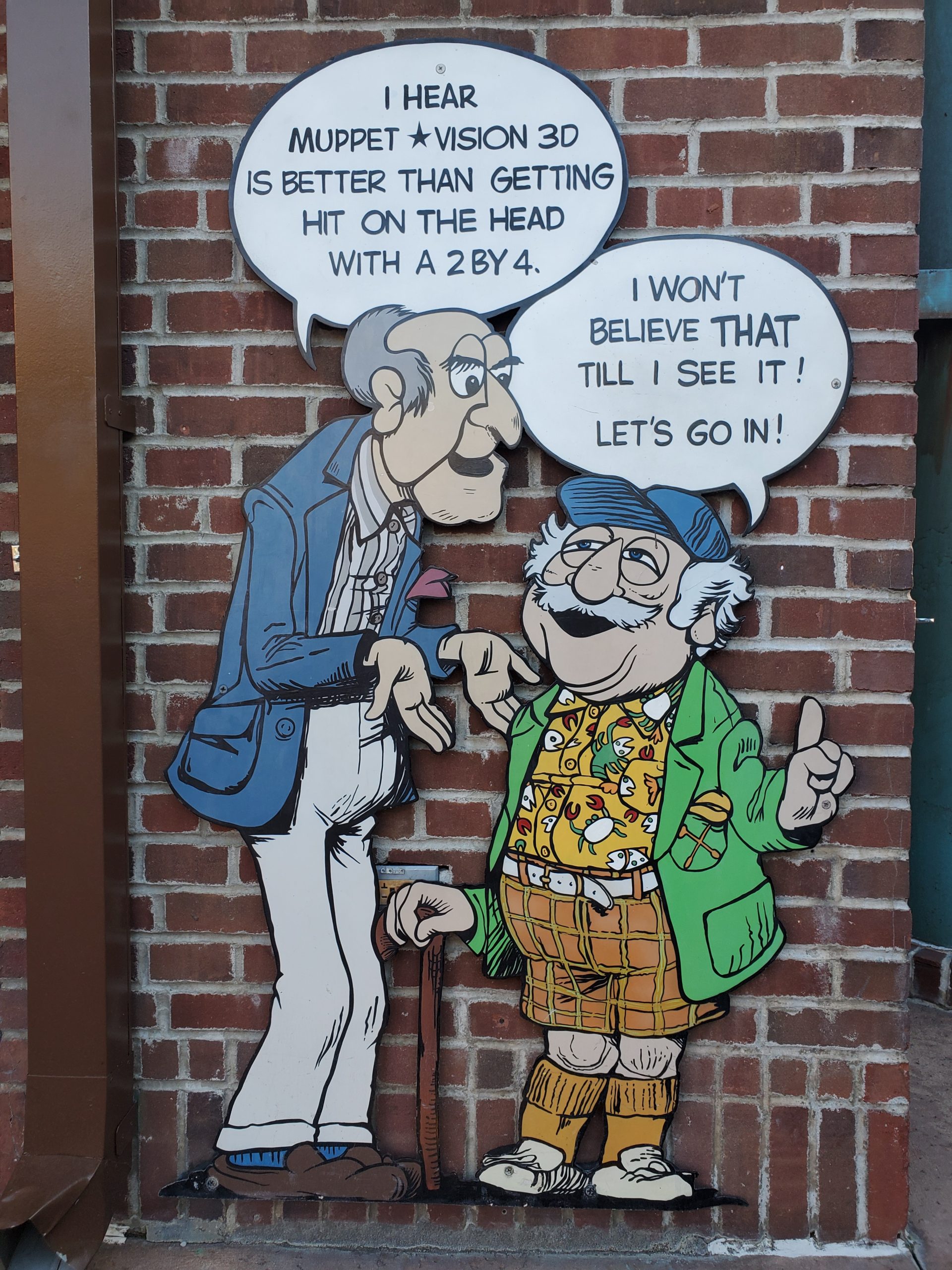 I keep thinking I haven’t done much during quarantine (which is a problem in itself– I don’t like this mentality where you’re seeing other people being super productive on social media and so you feel the need to do the same). But the more I think about it, I actually have done a lot….Maybe not as much as you’d expect considering it’s been almost two months now, but when you factor in some time for eating, crying, you know, the usual this actually isn’t too bad.

I’ve watched A LOT more than what’s listed here during quarantine so far, but for the purposes of this posts I’m not counting anything I’ve re-watched. This is really making me think I need to cut my TV time in half and start reading more…. I’ve already re-watched LOST, Clue, season 1 of Nurse Jackie, Never Been Kissed, hours of random YouTube videos, Jellyrolls livestreams, and a bunch of Disney movies (Frozen II, Toy Story 4, Peter Pan, The Jungle Book, Pocahontas, Cinderella, etc…) but here’s what I’ve been watching that’s new-t0-me:

Who hasn’t watched Tiger King during all this? I watched Tiger King pretty soon after it came out and needless to say I was hooked. This whole situation had me incredibly stressed out and the absolute insanity I witnessed on this show is just what I needed to get through the first week or two of quarantine. In all seriousness though, I wonder how Tiger King would have been received under normal circumstances if we weren’t all stuck at home, and while it was super entertaining to watch I really hope the show brings awareness to the fact that AZA accreditations are so important to make sure you’re supporting zoos that are giving their animals a higher standard of care (sorrynotsorry Joe Exotic).

Oh and I’m on the fence about Carole Baskin killing her husband. I could see arguments for either side and she’s definitely lying about something in my opinion because she never makes eye contact with the camera when she talks about it and even in the interviews she did immediately following his disappearance she seems to show little empathy for the whole situation so….? I actually started watching Love is Blind before everything went crazy and I couldn’t get into it. I watched the first episode and as soon as one of the couples started talking about the possibility of having kids I was just like “well that seems dumb to go there with this total stranger”. I’m glad I gave it a second chance though because it was an interesting concept and I actually got invested in it and it made me feel A LOT better about my current relationship (or I guess lack thereof) situation.

I also love how this show started a bunch of at-home spin-offs. People are creating their own similar experiences and sharing them basically as reality shows on Instagram, and the whole concept of getting to know someone without physically being able to be with them is probably something that every single or long distance person can relate to at the moment, so the show was enjoyable for that reason as well. This is probably the most random thing on this list, but basically I saw a few other people talking about this on Twitter when it was added to Disney+ and I just had to check it out. The Straight Story is a Disney movie from 1999 that was directed by David Lynch (random, right?) that follows a 73-year-old man’s journey from Iowa to Wisconsin to fix his relationship with his brother who recently suffered a stroke….on a lawn mower. I like to think I’m pretty knowledgeable about even obscure live action Disney movies like this one, but I had never heard of it other than the random praise on Twitter so I had to see what the fuss was about.

It’s actually really my kind of movie, because I enjoy a simple plot like this- I think sometimes a really simple, straightforward plot gives a lot of room for character development and when done well that trade-off is worth it. Also this is based on a true story, so that makes the whole thing fascinating too. I’m admittedly just starting to get into sports, but because of this it seems like perfect timing with this documentary on the 1997-98 Chicago Bulls to have come out. (Plus it’s not like we can just watch live basketball games anyway at the moment, ugh.) I guess this is a little embarrassing but I probably associate Michael Jordan more with Space Jam than I do with his actual basketball career, though to be fair in addition to my not being a sports person to begin with, I was only five years old in 1997 so there’s that.

I feel like I don’t actually have too much to say about it other than I learned A LOT from this because I went into it almost entirely blind and I don’t have the nostalgic connection to any of this that I know a lot of my friends who are watching it have. It’s a really well done documentary though and it totally held my interest which I think is impressive as the subject matter really was completely new to me. I also got a kick out of Obama’s title being listed as “former Chicago resident”. I’m so behind on TV shows (if you know me personally I’m sure you’re aware of this– you’ve probably asked if I’ve watched something only to be disappointed when you find out I’m about 10 years behind in most cases. I started watching Community though and I’m really enjoying it so far. Earlier during quarantine I binged a re-watch of LOST and I’m not sure that was the best thing to do. I love LOST, don’t get me wrong, it’s easily my favorite show of all time but something about watching a show about people who are stuck on an island while you yourself are stuck inside the house….maybe that isn’t the best idea.

Community has definitely brought some needed humor into what I’ve been watching while I’ve been home though, and where the episodes are so short it’s easy for me to sneak one in here and there while I’m working or if I’m eating dinner (alone, *tear*). I’ve only just finished season 1, so if I end up writing another one of these posts later on (though hopefully we’re not living like this too much later on but I digress…) Community will likely come up again. This is my new favorite docuseries on Disney+. (We need more documentaries on Disney+, seriously. Between this an The Imagineering Story, and the new Disney nature films Disney+ has been doing such a great job with documentaries). This one follows the history of various artifacts from Disney films, including Mary Poppins, Who Framed Roger Rabbit, Pirates of the Caribbean, The Muppet Movie and more. I have to admit the format is a little clunky (I could just be a cynical person but I lose patience for the branding of this series billing it as a “search” for these artifacts when they clearly knew where they were as the majority of them are in the Disney Archives or in fairly well known private collections) but it’s still full of really amazing content and seeing the artifacts years after the films were released is just awesome.

The show also serves to reunite some of the artifacts with the people who worked with the objects on the film and that’s been really cool to see. While I could do without the “search” aspect of this, the reuniting segments are packed with emotions and well worth the watch just for those. I LOVE Disneynature documentaries and these two are both up there with some of my favorites. I do love nature documentaries in general, but I feel like Disneynature ones specifically are really good at striking the balance of giving you information about the animals while also relaying those details to you as a story that like any Disney film is enjoyable to watch. I always find myself invested in the “characters” the same way you would with any Disney film, and while that’s not specific to Disney and really something every documentary should strive to bring to viewers Disneynature is particularly good at it.

Elephant has me dying to get back to Disney’s Animal Kingdom when this is all over because I really want to do the Caring for Giants tour and see more of the elephants there (I was actually considering booking it for my August trip this year but I’m going to take a guess that that trip isn’t going to happen so we’ll have to wait). And I think this is new for Disney+ at least I haven’t known about it before, but for Elephant and Dolphin Reef there are entirely separate specials showing the making of these documentaries which I find to be super interesting and honestly just as enjoyable (and maybe even more?) enjoyable to watch than the feature films themselves.

I’ve been watching a lot of random things on YouTube too, and I’ve been re-watching a ton of shows…and reading…and writing. So I think I’m going to do a separate post for everything else I’ve been doing during quarantine (and maybe I’ll even finish some random projects or finally complete every park in Roller Coaster Tycoon and have some huge accomplishment to discuss in a later post–probably not, don’t get your hopes up…)

Leave me recommendations for what else I should be watching, please! 🙂 I will likely get back into Breaking Bad, which (again) I know I’m behind the times, but I started it for the first time right before all this happened so that would be good to get back into. But other than that please leave suggestions, I’ve love to know what you think should be on this list!