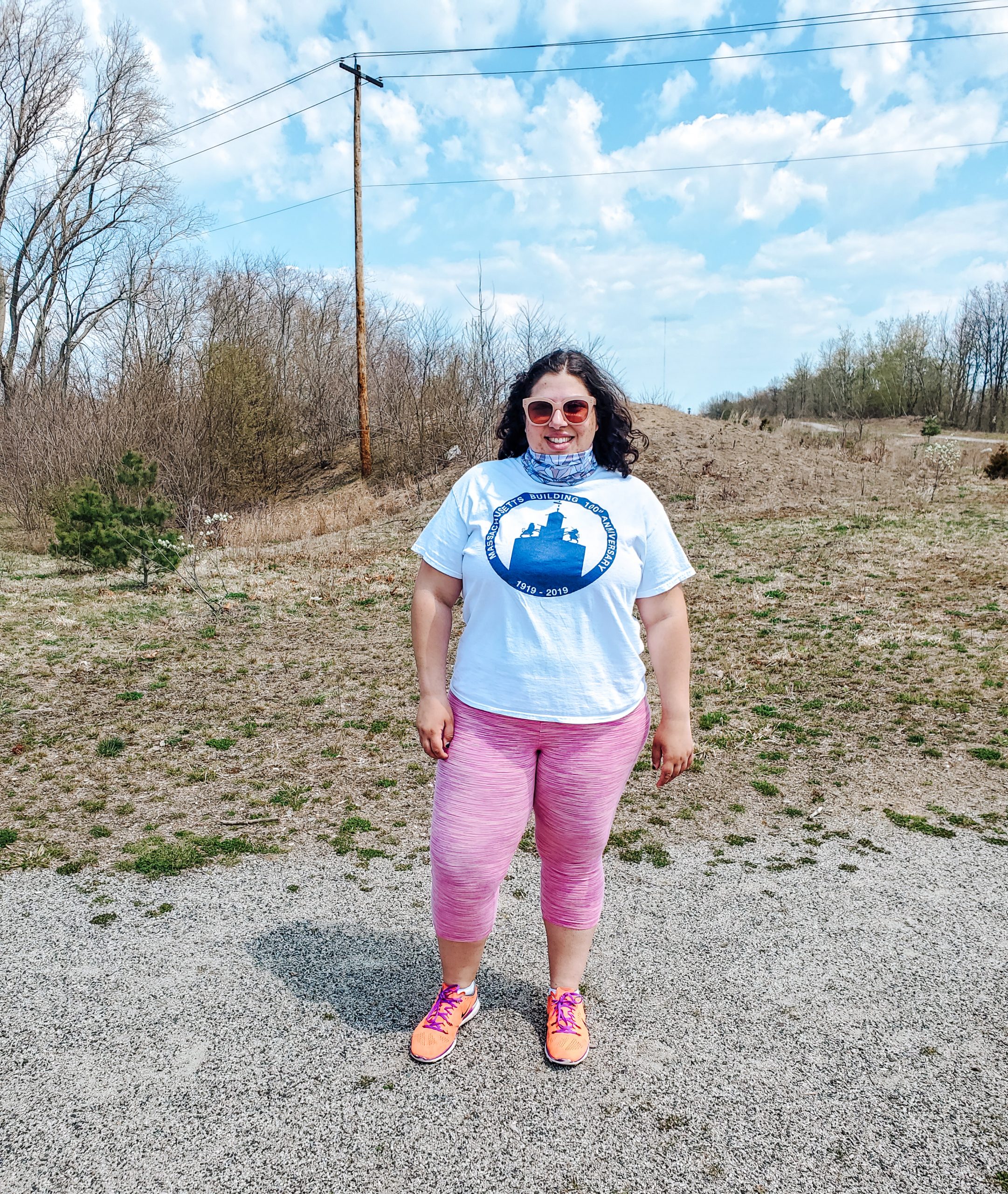 by: Brittany DiCologeroPosted on: May 13, 2020
Spread the love

I’m trying this thing where I sit in silence for 30 minutes a day and write about it. You can catch up on how previous days went here.

Today’s 30 minutes was a little all over the place- still productive, I think, but not necessarily relaxing or all that thoughtful so I’m sort of left thinking that today it kind of felt like work. I didn’t write about yesterday’s 30 minutes at all because it went similarly except for some reason I couldn’t even focus for the whole 30 minutes, so I stopped about halfway through and called it a loss. The more I reflected on it throughout the day yesterday I think calling it a loss was a little dramatic because I basically created a to-do list in my head and regardless of how I’m getting that list out there I think that’s a good use of my time.

It was similar today, in that I basically added to my mental to-do list from yesterday (actually it’s a physical to-do list too. I’ve gotten out of the habit of using my planner because it feels like time doesn’t matter now, but really it does and I should still be using it.) Although I’m not having issues getting work done for the most part, I haven’t even been putting things like (zoom) meetings for work in my planner because at the beginning of all this it felt like if I didn’t need to go anywhere it wouldn’t even matter. If I was home all the time it didn’t make a difference when a meeting was, it’s not like something else was going to come up.

During my 30 minutes yesterday and today though, I think I’ve been realizing that having goals (even if they’re small ones like a blog post I’m going to write for work or something) is still important and perhaps even more important during all this. So I’m trying to get myself back into the habit of using my planner and I’ve really been thinking through how I break down tasks, what makes me want to put off certain tasks, and how I think especially now with working from home a lot of the time I’m really in need of a greater divide between work and home.

That need for a divide between work and home is interesting, because I used to regularly work 70 hour weeks when I freelanced a lot more than I do now, so essentially all of the time that I was at home (and awake) back then I spent working. But I never felt like work was constant and it was hard to separate it from the rest of life. For some reason now though, doing my regular 40 hour/week day job from home has blurred that line, and I’m really not sure why I’m feeling that way. I’m not going over regular full time hours or anything like that. My best guess is that I’m staying at my parents’ and as a result I don’t have a dedicated space to work (or sleep for that matter, I’m just crashing on the couch). Before when I was working 70+ hours and I lived on my own, I hardly ever worked in my bedroom. I mostly alternated between the kitchen table and the couch, but even then my ex and I had very opposite schedules so I typically had the whole place to myself. If I needed a change of scenery, I’d sit on the couch, and the bedroom was really just where I slept.

I think now there are days where I’ll sleep on the couch and when I wake up I’m spending the entire day in the living room working (because the kitchen tends to be the busiest room at my parents’ house). And after I’m finished working, I’ll stay in the living room because at the moment it’s the closest thing I have to a bedroom, or I’ll watch Netflix or something, and then by the end of the night I’ll have spent the entire day in one room. So everything I’m doing with work, sleeping, and just trying to relax has been all blurring together and it’s hard to separate things I think in my mind that certain tasks are just related to work and I can leave them alone after a certain time, or I just end up feeling exhausted from being in one place all day. Of course there are plenty of solutions to this, and I think the easiest one is that now if the weather ever decides to act like spring I should get outside and go for walks more to get a change of scenery and break up the day. But I think this whole thing is mostly what I came up with when I was trying to decipher why I feel so overwhelmed by pretty basic tasks lately and why it seems like I really need to get back into using my planner and visually sorting everything out.

I also took this to mean that I need to start taking work-related tasks out of my planner (at least as they relate to my day job, my freelancing is another story). For a while, actually for most of 2020, I had used two columns on the same page of my planner to write out two separate to-do lists, one for my day job and one for everything else. In my thinking about the way I prioritize tasks today and yesterday I’ve started to think that having all these tasks on the same page like that may not have been the best idea from the start, but now especially where I’m feeling this weird lack of separation between work/home I think it’s really important to keep anything related to my day job totally separate. So yesterday, I transitioned my to-do list for my day job over to a legal pad, and I think going forward unless it’s something like an event I need to go to at a set time or something I’m going to keep anything from my day job out of my planner.

I also thought about how I think the overwhelmed feeling I’ve had lately with to-do lists and using the planner may have partially come from managing everything that’s been cancelled. (This makes it sound like I’m super popular- I’m not. What I mean is I had more time-sensitive blog posts about current events and things planned out on my calendar, or events related to my day job that now aren’t happening.) So I think I’d open my planner and see a full month of things that were no longer happening and just feel overwhelmed like I didn’t want to bother with it. After really reflecting on this though I think that seems really silly and avoidant, that I bought this planner and somehow have talked myself out of using it because a bunch of stuff isn’t happening anymore? It honestly just seems like some weird excuse my brain is telling me to make up for the fact that I’ve let myself get to this place where I’m feeling lazy and overwhelmed and just deciding that I don’t want to deal with it. As a result, I spent about an hour yesterday whiting out everything in my planner that’s totally irrelevant now, and I think just starting fresh like that will help a lot with actually focusing on all these tasks and getting things done.

The last thought I had was that it’s great that I’m writing out these smaller tasks and being more on top of getting things done, but also like….What am I doing? I moved back to my parents’ house in September and planned on moving in January. Then in January I thought it made more sense to stay a little longer and save more money. In the beginning of April with all the covid craziness I had some serious regrets about that decision because I’m so over not having a bedroom and my own space, but also I’m saving so much money, really for the first time in my life. Between not paying rent and (this sounds awful but….) not being in a relationship, I’ve never really had the ability to save this much money relatively easy (it also feels weird saying that during a global crisis where we’re all worried about our jobs, so I’m definitely thankful to still be working). So it seems the logical thing to do is to continue saving money and dealing with sleeping on my parents’ couch. It would seem that with rona hanging around there really shouldn’t be a rush to move or do anything crazy like that, but at the same time I’m going a little nuts being quarantined with family and would like out. So that’s a weird internal battle I’m having and that came up today and yesterday and it’s prompted me to start writing out a list of goals as opposed to just tasks. Moving out while I’m annoyed living at my parents’ seems like a bandaid fix in some sense, if I know saving money longer makes more sense I’m kind of taking that to mean I’m not dealing with what’s causing the issues that are making me want to move so bad. I’m a very logical person, so doing something so obviously against logic like that isn’t like me and it doesn’t make sense. At the same time though, I don’t know if those kinds of issues are things that can be fixed, or things that are worth fixing- the way to fix them may very well be moving somewhere else.

With the long term goals, I think that’s something I probably should have been working since I moved back home. Moving back to your parents’ as an adult is a huge adjustment that should probably come with some sort of processing and I never really did that. I also broke off a 10-year relationship in January, and while I have an idea of what’s going on on that front being single for the first time in 10 years is a huge adjustment too and I should probably put more thought into processing that and readjusting long term goals now that I’m doing things on my own that before I did as part of a couple.

So I haven’t gotten much further on the goals front, but that’s basically what I thought about during all this: Getting ahead on to-do lists and prioritizing certain tasks better even if focusing on them feels different with the weird times we’re living in, and figuring out some more long term goals.