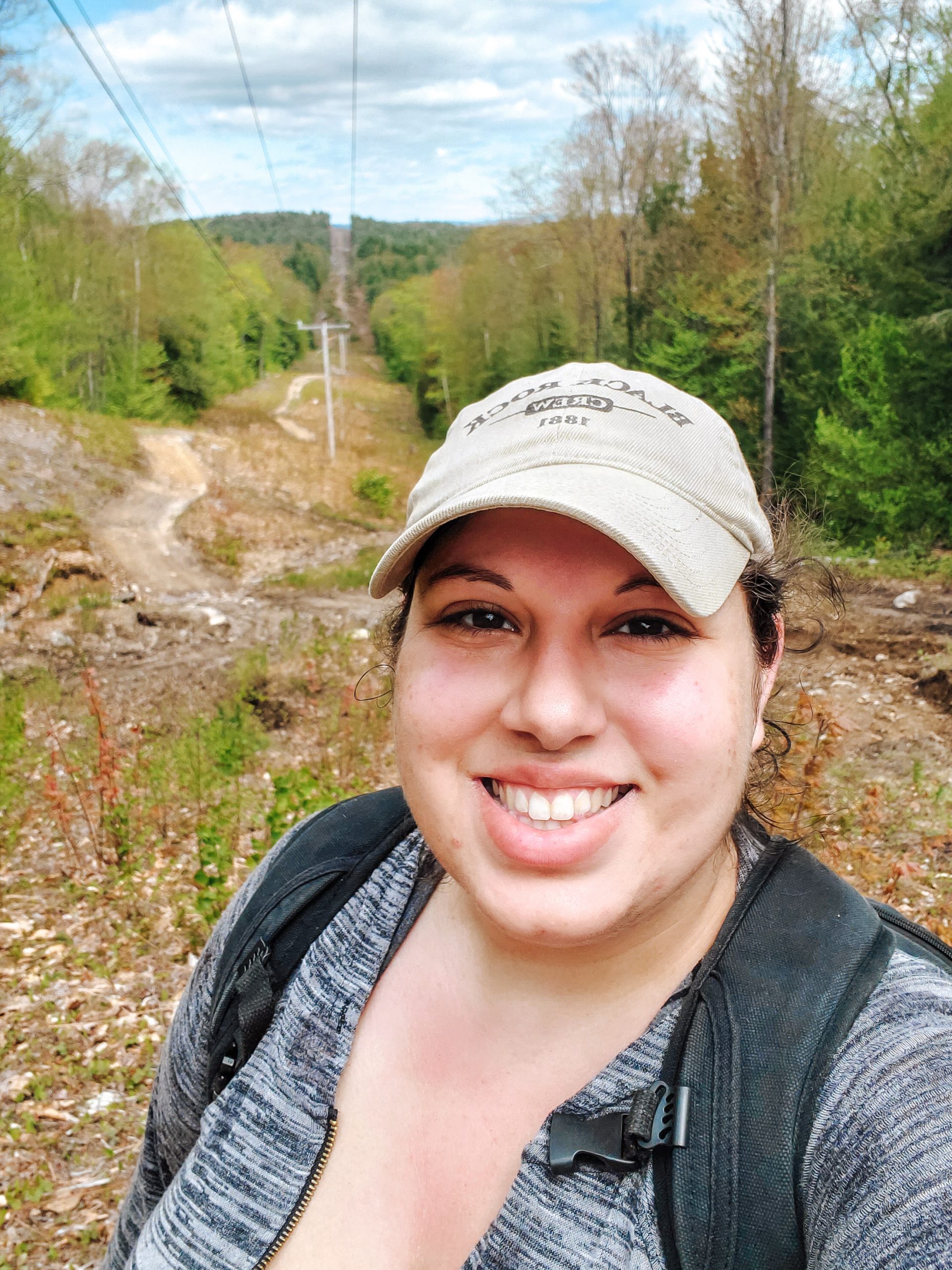 by: Brittany DiCologeroPosted on: May 16, 2020
Spread the love

I’m trying this thing where I sit in silence for 30 minutes a day and write about it. You can catch up on how previous days went here. Almost every one of my 30 minutes of silence sessions has taken place under a different circumstance, so I think it’s been interesting to see what works well and what may not have been as useful. Today’s was interesting because I had a couple of different thoughts going on before I went into it and all of those things came up and in some cases resolved themselves during the 30 minutes- I also did it today while laying outside by the ocean after a hike (which ultimately is what I thought about) but the whole process of spending almost the entire day outdoors away from home seemed like it was useful for doing something like this.

I had a headache going into today’s 30 minutes (fourth headache day in a row, ugh) but today was the first time in a while that my headache went away just while I was meditating without the help of Tylenol, or worse, Excedrin. I’ve been tracking my headaches again because they’ve been more frequent lately and I’m thinking they are mostly being caused by some combination of stress and caffeine withdrawals. Today’s was likely only due to the lack of caffeine because this was the least stressed I’ve felt in a long time.

I got up early and drove to New Hampshire to go on a hike and only had a cup of green tea on the way, which is much less caffeine than what I’ve been having lately in the morning, plus I’ve now taken Excedrin for the past two days (it’s bad, I know) and that’s basically just caffeine in pill form. The headache came on towards the beginning of my hike, so after I finished I stopped and grabbed a coffee. Then for my 30 minutes I stayed outside, but moved closer to home and went to the park by the lighthouse in Marblehead, and when my alarm went off a half hour later my headache was gone. This makes me really happy because controlling my headaches without relying on pills is really ideal (I’m just not sure the circumstances in my current living situation make this as doable as spending a whole day away from home basically trying to relieve stress, but it’s a start). For the rest of my 30 minutes, I reflected on the hike. I’m sure for someone who kikes more often than I do, what I did today isn’t impressive or anything, but I got so much out of it (in addition to realizing I’m really out of shape). I’ve been struggling with doing things alone since I broke off my last relationship. It’s not that I miss my ex, or even necessarily miss all the things that come with being in a relationship, but I miss just always having someone to do things with. This whole concept is rather strange (and I’m not sure what this is saying) but when we were together I loved doing things alone. But I think especially now that all we all have is alone time it’s a little harder to adjust to all this. Although this does make me realize how much I’ve relied on having a partner to do things for me in the past, and I’d like to not be like that next time I’m with someone (but more on that later…)

The day everything closed here because of the pandemic I had planned on going to the movies and out to lunch by myself. For the first couple of months that I was newly single I just felt so weird doing things alone and it was a hard adjustment but I was finally going to start doing things on my own again and I was excited for it. Then the virus happened; right when I was feeling ready to go out and do things alone, we all had to start staying home (and in my case at my parents’ house, which has also been an adjustment). So now that the weather is finally getting nice out and there are at least some things we can do outside of the house, I decided I wanted to go for a hike- something I’ve enjoyed doing for a while, but also something I’ve never done alone. (I did try to go on a hike alone once, to a reservation very close to my parents’ house. I don’t know if something had happened and it was in the news or something, or if my mom is just paranoid, but she was basically convinced that if I hiked alone I’d get murdered. So you have to remember that I was going into this with the dual fear of my own anxiety over doing things alone and the thought that I’d be more likely to get murdered if I didn’t have a man hiking with me. Thanks mom!) I decided to go to Mt. Uncanoonuc in Goffstown, NH for a couple of reasons. First, I haven’t really been anywhere besides home and very rarely the office in over two months now (I’ve driven around where I live basically and I’m even bored of that now). So the thought of going somewhere so different and further away was really appealing to me.

Second, I’m really not the most experienced hiker, so while I wanted to go somewhere that would be more challenging and interesting than the usual places I’d go near my parents’ house, I didn’t want to go somewhere totally unfamiliar. (You know, since going alone increases my likelihood of being murdered I’d at least want to die in a town I’ve lived in before I guess….) I’m not sure how much thought really went into the familiarity of Mt. Uncanoonuc because it’s not like I’ve hiked it before. It’s near my college, and I knew of it and I’ve seen it a bunch of times. Maybe some part of me figured if the dumb kids from my college class who couldn’t figure out that they needed to add water to their Easy Mac before microwaving it could hike it without dying it’d probably be a good place for me to hike and not get murdered. I think another part of this is that getting out of such a long relationship somewhat recently and the area I was in reminding me of how I prioritized working over having any kind of social life in college made me feel a little like I’ve wasted my 20s, which I know is an unfair and cliche concept but I can’t help it I guess. So I think a small part of my deciding on Mt. Uncanoonuc was my inner voice being like, “Take that SAC class of 2014, I worked all through college AND have now found time to hike the stupid mountain,” (even if all these years later).

I’ve also never hiked a mountain, so that would be a whole accomplishment I think in itself. (Again, I’m sure this isn’t impressive at all to someone who hikes regularly.) I’ve hiked a decent amount but never anything with real elevation- mostly wildlife sanctuaries that just have small hills if anything (and they’re all still closed so they weren’t really an option for today).

The hike up to the summit was really difficult and it made me feel embarrassed that I was apparently so out of shape (I guess just embarrassed for myself because I was obviously alone). It was only 2.5 miles to the summit, the same length as the Freedom Trail, which I used to park on one end of and work on the other- Even with the incline considered it felt much more difficult than it should have been. Then I had the thought that the thing making it so difficult could be the backpack I was wearing. I brought my camera backpack and in addition to my DSLR it carried two notebooks, a towel and a water bottle, so it wasn’t the lightest thing to carry up a mountain, and I have back pain a lot to begin with so there’s that (thanks, boobs).

I thought about it though, and if this hike happened last year while I was in a relationship I wouldn’t have carried the backpack, at least not the whole time. I’m sure I would have packed it and insisted on taking the camera, but once I’d get tired of it I’d have passed it off to my ex. For a second when I realized it was the backpack making things difficult I really wished I had someone there to carry it.

Then I snapped out of all this, like my friends were in my head telling me I don’t need a man to do things for me or something and I was like, “That’s right, I don’t! I’ll carry this backpack even if it’s stupidly heavy and making my back hurt, take that backpack.” This attitude faded by the time I reached the final slightly steeper trail that led to the summit, and there may have been half a second where I (jokingly) asked myself how much I really needed my pricey DSLR camera and a priceless journal that I’ve written in every day of 2020 so far.

When I made it to the top, I couldn’t get over how accomplished I felt. (And I thought about how I want to hike this trail again sometime without the backpack.) I planned on doing my 30 minutes of silence, another meditation, and writing in my journal when I reached the summit, but for some reason it was so much buggier at the top, and I felt that the hike up had taken much longer and I wanted so it made more sense to start heading back down instead.

As for the camera that I lugged up to the 1,300 ft. summit….I didn’t use it. As it turned out, the top of Mr. Uncanoonuc (at least the south mountain) isn’t that picturesque at all, and the view looking down on Goffstown and Manchester is largely blocked by trees from every angle. (I’ve heard great things about the view though, so if you ever happen to go my guess is that North Uncanoonuc has the better view.)

When I realized it wasn’t even worth taking out the camera, I sort of laughed at myself and somehow felt even more accomplished. It almost felt like I deserved to be carrying this camera for no reason because in the past I’m sure there were countless occasions where I took advantage of my partner by getting him to carry it instead. This sounds like I went up the mountain and became Buddha or something, but by the time I got back to the bottom of the mountain I didn’t care at all that I went on this hike alone- The thought of doing anything alone didn’t seem to matter anymore. I felt totally safe, at least as safe as one could feel while alone in the woods. It seemed like I came back with this new mindset that I could do anything alone now. It may still be a weird adjustment at times but it’s no longer uncomfortable and I don’t really have the question of whether or it’s worth doing something alone now.

That being said, I’d still love to do stuff like this as a couple in a new relationship someday, but I think even then I’ll be carrying my own backpack.