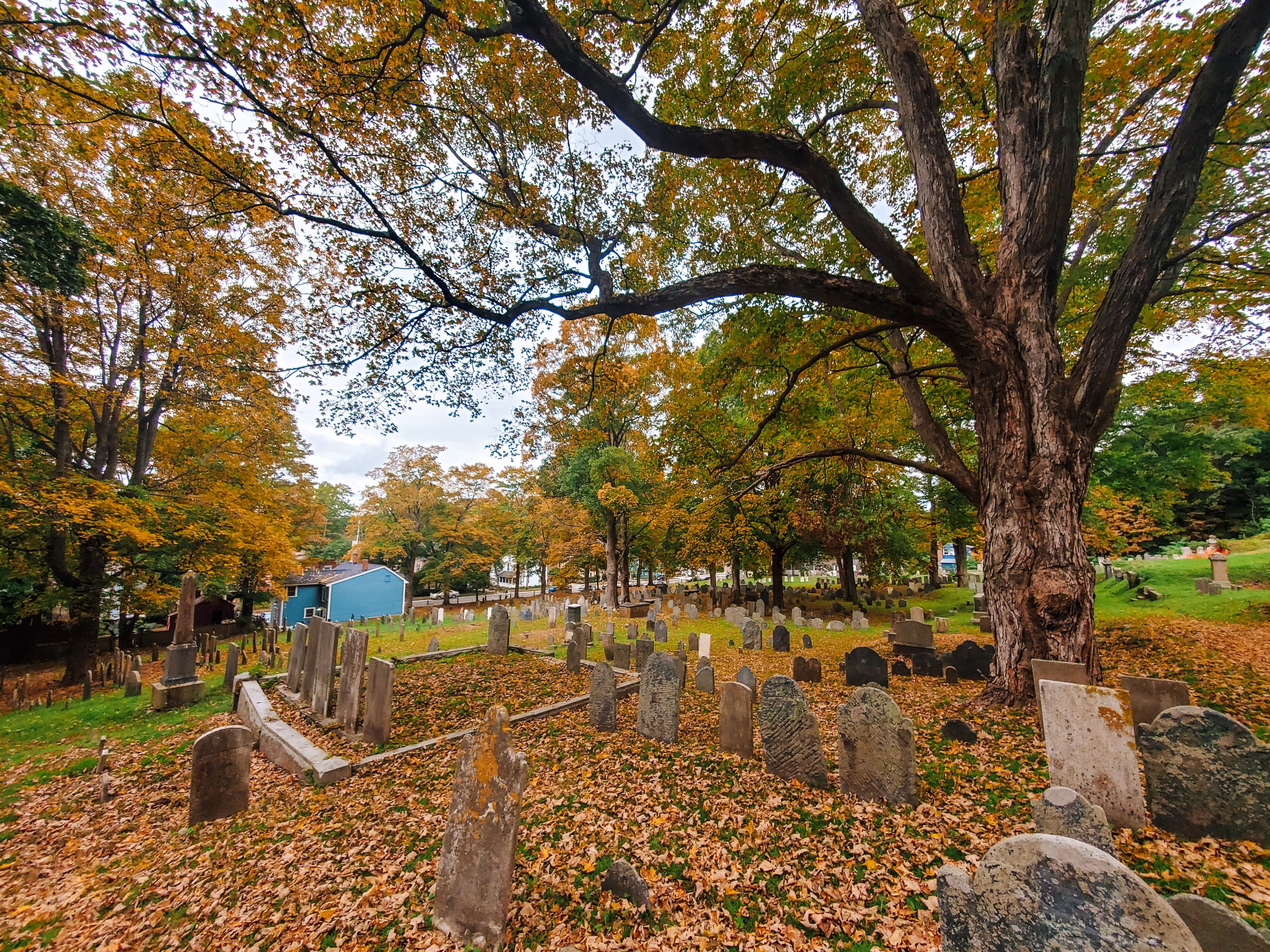 My boyfriend and I took a quick visit to the Old North Burying Ground in Ipswich, MA, and I just wanted to share some photos where this cemetery is beautiful in the fall! Old North Burying Ground is one of the oldest cemeteries in North America (est. 1634) and its stones show a lot of variety in tombstone art with different death’s heads and soul effigies as well as some tombs (a couple of table top style tombs throughout the cemetery and some more traditional tombs against the bottom of a hill. One of the tombs appeared open…it really wasn’t because it’s still totally sealed off inside, but that was a spooky touch for an October visit! Though I do hope that gets fixed soon…) I haven’t done much research into the cemetery other than everything mentioned above and that the first people buried here were the wife and child of John Winthrop, Jr. (Ipswich’s founder). We only had a short amount of time to walk through the cemetery during this visit, as we stopped for lunch nearby and needed to head home to take care of Maui’s insulin, but I’d love to come back sometime and take in some more of the cemetery!