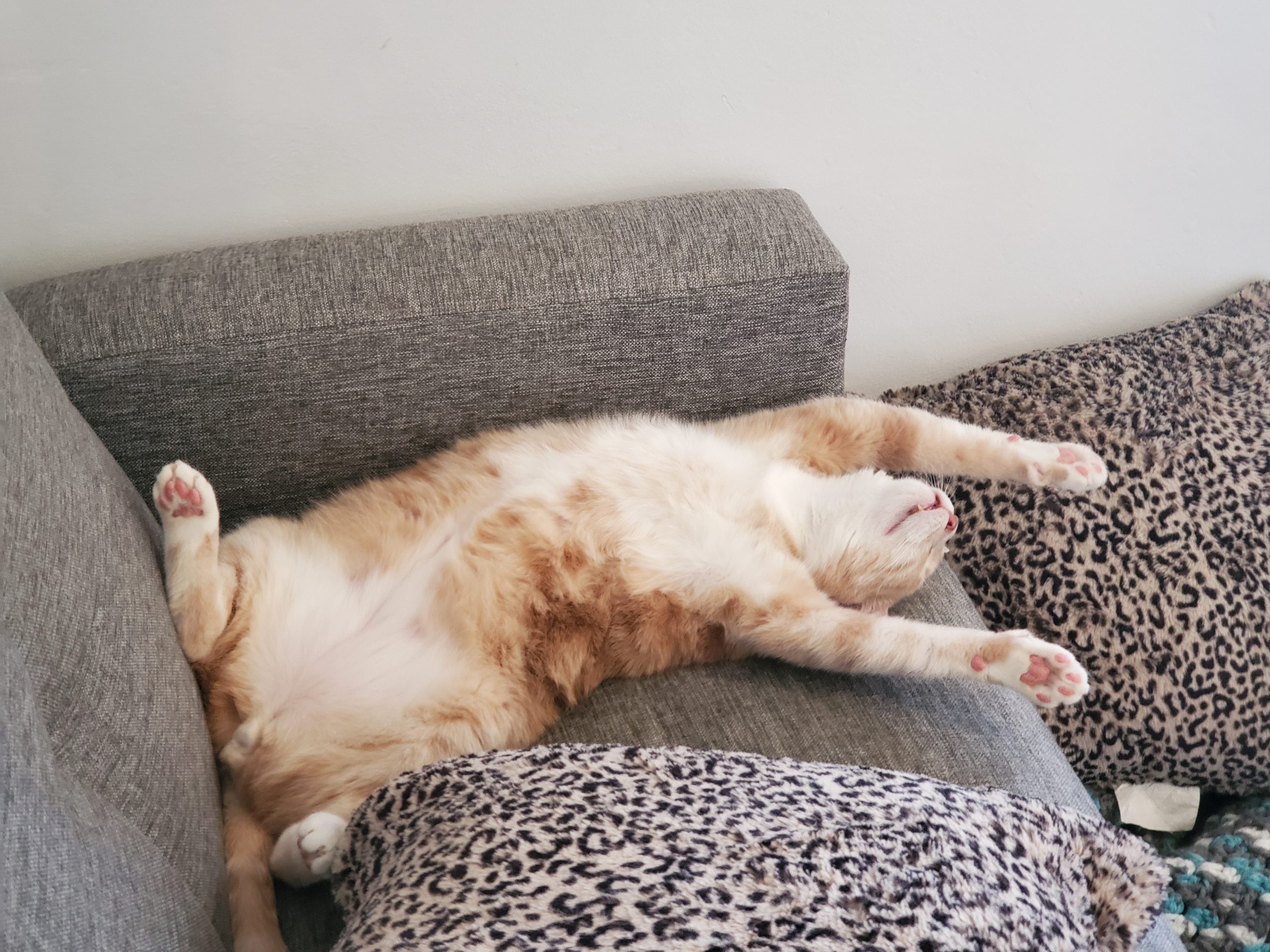 I don’t think I’ll actually end up doing this every day, but I just wanted to kind of, well, write about my day. I journal most days anyway, but that’s different than what I’d write here and…I don’t really know, honestly. Just thought this might be interesting to jot down what I’m feeling and maybe have the occasional photo to go with it (I was not great at getting photos today, but maybe in the future…)

Anyway, I feel like I’ve been in a little bit of a rut lately, so I wanted to start working on changing that. Nothing really serious, just feeling sort of down sometimes lately. I think my work schedule this past week really didn’t help anything with that. I’m still adjusting to freelancing full time, and with Thanksgiving last week I worked a lot leading up to that point to be able to make what I would have if I worked the holiday.

Since I spent most of the time leading up to Thanksgiving working, I didn’t get much done around the house or on my blogs, and I didn’t pick up anything I usually do for fun during the week like the stack of library books on my nightstand or the paint by number kit I bought that I’d ideally like to finish before Christmas. I think this is all just an adjustment period to what freelancing is like and I’ll get the hang of the holiday thing soon, but for this week it just felt like a lot.

When it comes to doing tasks around the house, or really tasks in general, I have an all or nothing sort of mentality that’s really hard for me to control. If I start cleaning for instance, I would usually spend the whole day cleaning the entire house and then feeling frustrated that I didn’t get to do anything else or that spending so much time cleaning set me back on work, and thus the endless cycle of stress. I tried to remedy that today by focusing on what task I wanted to get done and not trying to do more than that, so I cleaned out and reorganized the pantry in our kitchen. It’s something that really needed to be done and that alone will probably help my stress. Since Maui’s diagnosis with diabetes, my kitchen table has looked more like a vet’s office with all of his food and insulin supplies taking up the whole thing, so cleaning out the pantry and making room for all of that stuff somewhere more hidden I think will really help with the stress.

The rest of the cleaning that I didn’t get done today is really more just purging stuff I don’t need. I have a couple of boxes in a closet that I’ve realized I just carry with me every time I move, so I assume I don’t need whatever is in them but the next thing on my list is going to be going through those and getting rid of unnecessary clutter in my closets. My apartment actually has a lot of storage space, and I’m using it pretty poorly right now and I think fixing all of that will be helpful.

Before I get to what I actually did today, another quick note is that I’m also trying to just live a healthier lifestyle. I feel the need to clarify that I’m not dieting. I think diet culture does a lot more harm than good, at least mentally, and I’m not trying to go on a diet, I’m just trying to make healthier choices (in general, not even with just food.)

So for what I actually did today– I woke up around 7 am, and had a quick breakfast of coffee and an English muffin with peanut butter, then went to the gym and did four miles on the bike. I haven’t been to the gym in a hot second, so I was kind of disappointed in only doing four miles, but it’s a start to ease back into things. When I got home, I did some social media and editing work, then browned some turkey to put in the crockpot for chili so dinner would be ready by the time Josh got home from work later on and I wouldn’t have to spend the time cooking where I knew I wanted to get the pantry organized. Then, I cleaned out the pantry and reorganized everything in it, and somehow managed to fit all of the cats’ food and syringes, blood glucose monitor, etc… all back in there so I *finally* have my kitchen table back.

I made some stir fried chicken, sugar snap peas, mushrooms, and brown rice for lunch and took a break from cleaning to watch some Disney YouTube videos while I ate. Then admittedly I scrolled through TikTok a bit… I spent some time playing with the cats, finished up the pantry, showered, worked on posts for this blog for Blogmas next month, and, that brings us up to about when Josh got home and we ate dinner. (Wow, this actually seems really mundane writing out what I did, maybe some days of this will be better than others…)

We watched the Iowa basketball game while we ate dinner and I had a piece of leftover ricotta pie for dessert. I’m tracking what I eat in My Fitness Pal, and the app was not a fan of the ricotta pie, understandably. I’m really not using My Fitness Pal to diet, (again diet culture is the absolute worst) but I do like using it just to learn more about what I’m eating and what effects different kinds of exercising can have. I couldn’t help but feel a half a second of guilt though entering a piece of ricotta pie in there, especially when it reminded me what my goal to stay under for grams of fat was for the day.

I’m really trying to tell myself that it’s okay though. I’m really not trying to diet, I think diet culture is just so much a part of life that it’s really hard to avoid it, but I don’t want to be beating myself up over a piece of leftover pie because logically I know that mentally that is so much worse than what a single piece of pie I probably won’t eat again until this time next year is doing physically. So I had the pie, and generally feel okay about it, but in case that’s helpful or relatable for anyone who might be reading it, it wasn’t necessarily easy to just do and be okay with.

I think that’s really all I have for today– I’m not sure I’ll do this every day if there’s really nothing top of mind to write about and I’m mostly just at home working, but we shall see…