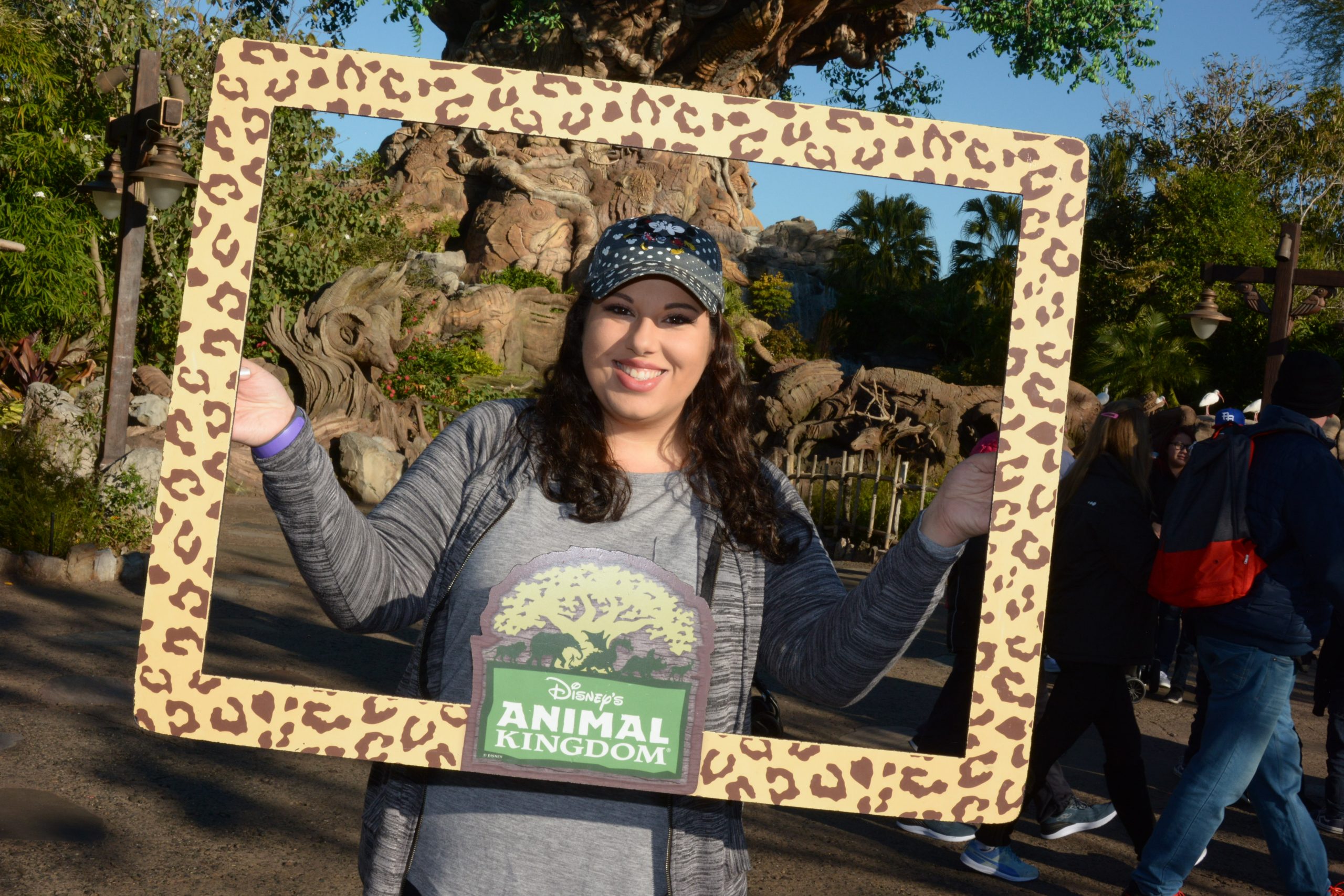 Ride Kilimanjaro Safaris…more than once

Riding Kilimanjaro Safaris is probably a given for anyone visiting Disney’s Animal Kingdom, but riding it more than once is the way to go. This isn’t always easy to do if you’re catering to the interests of a big group and don’t have time to double back to Africa or if you are visiting during a peak week, but if you’re able to, I highly recommend riding it more than once. It really is a different experience each time you ride and you may see different animals!

Some of my best safaris have been at off times. Everyone suggests going in the morning, and for good reason as this is when the animals tend to be the most active, but I’ve also had some great luck after a rain storm and right at sundown. After a rain storm I once saw a hippo out of the water, and at sunset I’ve seen the lions much more active (and have heard them roaring!)

Explore the details of DinoLand U.S.A. I’m totally biased here because I used to work in DinoLand during my Disney College Program, but DinoLand U.S.A. has lots of fun details that often go unnoticed by Guests. Of course, you have the classic white, red, and yellow piping in the queue for the Dinosaur ride as a nod to the old Disney and McDonalds partnership, but there are more McDonalds Easter eggs to be found in Chester & Hester’s Dinosaur Treasures and if you have a keen eye you can really wander through DinoLand and piece the land’s story together.

DinoLand is comprised of Chester & Hester’s Dino-Rama and the Dino Institute. Basically dinosaur bones were found nearby so the Dino Institute was founded as a research facility, and Chester and Hester, some local residents saw all of the hype from the institute and decided to add carnival games to their parking lot and turn their gas station into a gift shop. Sure, it’s the longest, most convoluted story in Animal Kingdom, but if you really take the time to look around the land, I promise you’ll find some really cool details to piece all of this together. (My favorite places to spot them are inside Restaurantosaurus and on the bulletin board across from the Boneyard.)

Walk the animal trails all around the park It blows my mind how many people visit Animal Kingdom and don’t walk any of the animal walking trails. I know, I know…More walking on a Walt Disney World vacation isn’t necessarily something people are looking for, but it’s Animal Kingdom! I think my favorite trail is Maharajah Jungle Trek in Asia. I love seeing the bats and tigers, and I actually found myself super interested in the birds last time I visited, too!

You also need to check out Gorilla Falls Exploration Trail– it’s at the exit of Kilimanjaro Safaris and far too many people miss it. The tortoises and Cotton Top Tamarins on Discovery Island are also always fun to see, as well as the animals in the Oasis exhibits that nearly everyone misses while they rush by them on their way into the park. It’s time consuming, but worth it, to visit Rafiki’s Planet Watch. You need to take the train from Harambe Village to get there, so it’s not as quick as visiting some of the other areas of the park, but once you’re there you’ll find a petting zoo, some small exhibits, animal drawing classes and a behind the scenes look into a veterinary office for the park. You may even witness an animal having a checkup or procedure done.

My favorite part of Rafiki’s Planet Watch is the petting zoo. They have goats, sheep, and more, including some seriously adorable pigs who love belly rubs. It usually isn’t crowded because it’s one of the more out of the way areas in the park, and I always enjoy my visit.

Shop for authentic merchandise in Asia and Africa Asia and Africa both have stores that offer handcrafted items made on these continents. They of course stock Disney merchandise, too, but if you are looking for some truly unique home decor pieces, books, dinnerware, clothing and accessories, you’ll want to check out the shops in these areas of the park.

The Cotton Top Tamarins are my favorite animal to see in Disney’s Animal Kingdom, but unfortunately they are critically endangered and their numbers are rapidly decreasing in the wild. Go see these beautiful animals on your way into the park at their exhibit on Discovery Island then pop into Creature Comforts aka Starbucks.

If you order a flat white at this Starbucks, a portion of the proceeds will go to support Cotton Top Tamarins. I like a good flat white anyway, but I always order one when I stop for coffee in Animal Kingdom just for this reason! If you aren’t looking for coffee, you can always make a donation to the Disney Worldwide Conservation Fund at any quick service or merchandise location in the park, or donate directly to the leading nonprofit supporting Cotton Top Tamarin survival, Proyecto Titi, here.

Stop for a drink at the Dawa Bar The Dawa Bar in Africa is one of my favorite bars on property. I love their margaritas, and it’s a fun spot in Animal Kingdom to people watch. If you have a reservation for lunch or dinner at Tusker House, you could always arrive a little early and grab a drink here first, or just find a seat and chill for a bit when you need a break from the sun while exploring the park. There is a lot of street entertainment to take in all around Disney’s Animal Kingdom. Chakranadi performs live music in Asia (if you’re stopping from lunch pick up something to eat from Yak & Yeti and you’ll be in the general area while Kora Tinga Tinga roams the streets of Harambe playing the kora, a handcrafted African harp.

The Tam Tam Drummers are a favorite of Guests visiting Disney’s Animal Kingdom. Also located in Harambe, their show features live drumming, dancing, and an opportunity for Guests to dance and join in the fun.

Watch a live musical (Festival of the Lion King or Finding Nemo: The Big, Blue…and Beyond” Some of the best musicals at Walt Disney World are actually found right in Disney’s Animal Kingdom. Festival of the Lion King is arguably the most popular show at Walt Disney World, while Finding Nemo: The Musical is being reimagined and will return with a bit of “Finding Dory” added to the plot in 2022.

Whichever one you prefer to see, definitely add them to your list while in Disney’s Animal Kingdom. They truly are Broadway-style productions that you wont’ get anywhere else!

See the Tree of Life Awakenings The Tree of Life Awakenings take place at sundown as the park’s icon comes to life with projection mapping. There are a couple of different versions of the awakenings, so if you stick around for some time at the end of the day you are sure to see a couple. All of them are magical, and it’s something I always plan to see if I’m at the park at sundown.