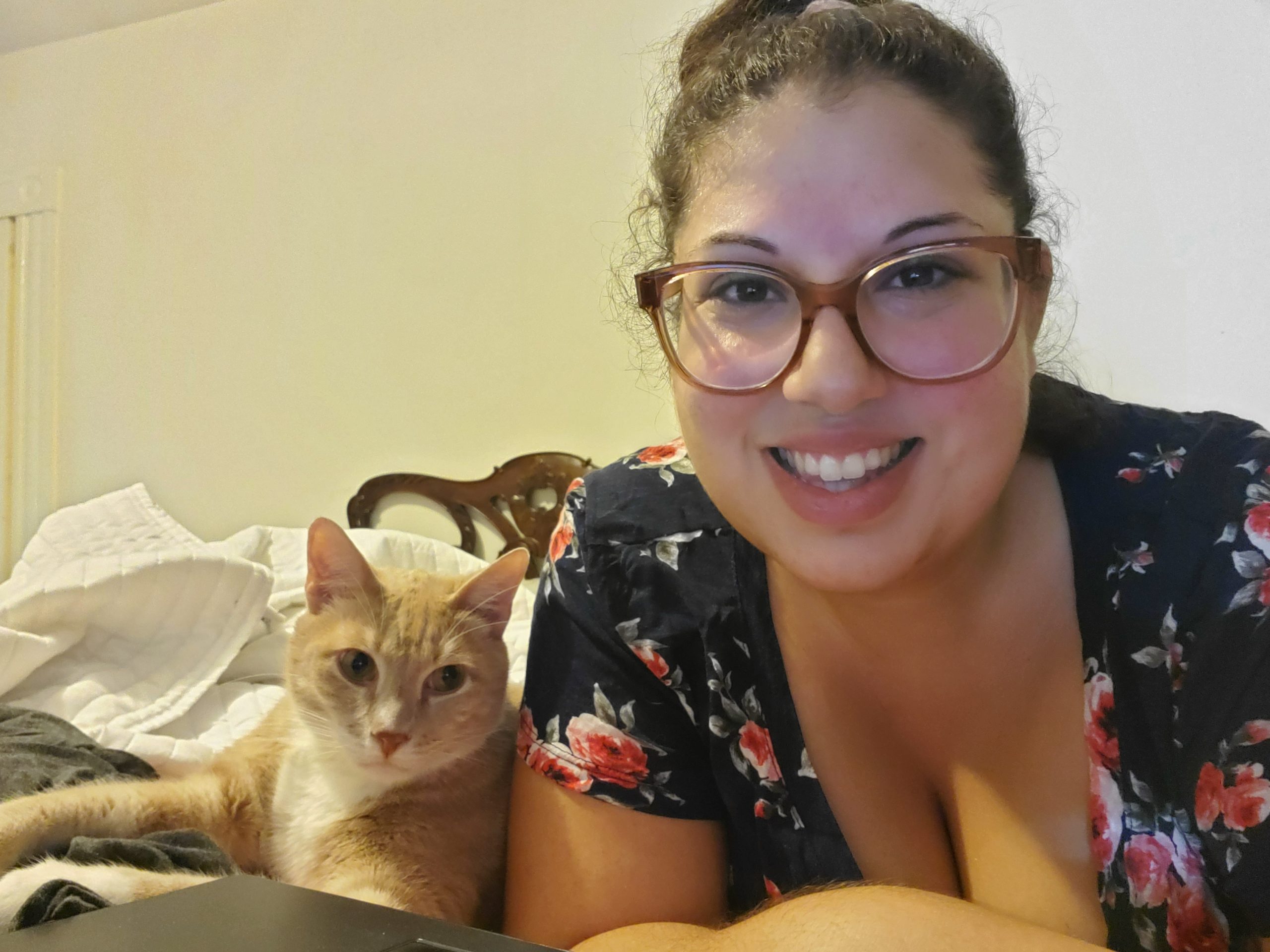 by: Brittany DiCologeroPosted on: December 11, 2021
Spread the love

I’m going through a list of blogging prompts at the moment when I don’t have a specific post planned for Blogmas, so today’s post is all about my daily routine! I used to have less of a routine to be honest. I actually struggled to find a routine in the before times, but since COVID has messed everything up I’ve actually found myself with more of a routine. I enjoy that, but also…I just feel like a lot of entertainment sort of events haven’t come back yet, and I would do more things with my time off if they did (for instance, I’m mostly off from work on Mondays, but most museums are closed.) Anyway, here is the framework of my daily routine for now:

I get up early. Even if it’s not actually early like 5 or 6, I have to be up for Maui’s insulin shots at 9:30 and I don’t like to rush out of bed to prepare his food and needle first thing in the morning, so the latest I sleep these days is usually 8:00. (Josh does help with his insulin, but his shots need to be 12 hours apart so we’ve chosen 9:30 as it seems to be the time that gives us the most flexibility to be out of the house and Josh is at work usually by 9:30 in the morning.) I do often get up earlier than 8. Usually I’ll get up when Josh gets up for work around 6, and I’ll make coffee, read some work messages, read, or play around on my phone, take a shower, do Maui’s insulin, and sit down at my desk to work. If I “sleep in” it would be until 8.

That’s my morning up until insulin time. A little before 9:30 I wash the cats’ food bowls and get their fresh food ready. They’re totally off dry food because of Maui’s diabetes, and Maui has become picky and only eats when there is water mixed in his food and treats on top (by treats, it is literally just freeze dried chicken so it’s not really unhealthy for him). All of this makes their feeding a little bit of a process, and there is really no way around it because he needs to eat with his insulin. Once their food is sorted and he eats, he actually knows to come find me in the kitchen now for his shot and he lays down and waits for me to poke him. After his poke, he gets another treat for doing a good job with his shot, and then I clean up the kitchen because no matter how hard I try I always make a mess mixing up their food.

When all of that is done, I make my second cup of coffee and grab some breakfast that I eat at my desk when I sit down to “officially” start the work day. I’m working on lots of different things where I am just freelancing full time, but the bulk of my work where it is reporting news requires me to be available at set times. There is some flexibility in this as long as the other writer is around, so on quieter days I can spend some extra time making lunch, going for a walk, etc… and that has been really nice.

I typically work straight through until about noon, then I start figuring out lunch. I have been cooking lunch a lot more since working from home, doing a lot of stir fry, soups, and salad, along with probably too many Trader Joe’s frozen meals. After lunch (say about 1:00) I work for another couple of hours. If the weather is ok, I try to go for a walk before it gets dark out, so around 3:00. If the weather isn’t great, I’ve been trying to do at least 20 minutes or so of yoga in my apartment (my parents have a stationary bike they don’t use that I need to get over here…I have a gym membership, too, but I haven’t been able to justify driving to the gym unless I get up earlier.

Then I keep working until 5 or 6. I need to be available until 6 for my news job, but if I’ve gotten enough done for the day and the news is quiet, I slow things down around 5. As for the actual work I do, I am mostly writing and editing. I have some social media work I do, and I need to occasionally hop on zoom (for a meeting, interviews depending on what I’m writing, etc…) I’m not far away from my computer so if breaking news happens I can hop back on, but otherwise between 5-6 I usually do something fun (or productive.) Usually you can find me reading, cleaning, just goofing off on my phone, or watching TV. OH, or writing on this blog or The Disney Outpost.

Around 6:00 I’ll start making dinner. That’s when Josh is out of work, so I usually start cooking at 6 so it will be ready when he’s home at 7. Then we eat dinner together and he usually reads or catches up on some writing and I finish up whatever I have left for work for that day. Sometimes I can feel comfortable being done with work, but other times just depending on what I’m working on because it really varies from week to week I’ll spend another hour or two after dinner getting back to work. By this time (9ish) we’ll either watch a short show together (pause it for  Maui’s second feeding and insulin shot), or read for a little bit until we go to sleep, usually around 10-10:30.

Writing this out it sounds like such a mundane day, but I guess what I really like about it is the working from home aspect and the ability I have to move around my day for what is the most comfortable. If I oversleep for instance, I can take a shower in the middle of the day and make up work later on. I’ve also realized I seem to work better and be more productive breaking up the workday into smaller bursts of a couple of hours, which isn’t really something you get in a traditional work environment.

I will say though, just because my schedule is flexible, does not mean I can just bend to whatever. Some people I’ve talked to (especially family) don’t seem to get that, but going for a walk around the neighborhood isn’t the same time commitment as leaving my house altogether and sitting at a restaurant or just hanging out at their house. I can do it when it makes sense to, but depending on my workload that’s not a smart idea and it really does vary week to week. I don’t always get a ton of understanding there and that’s been a little rough while transitioning to freelancing full time, but otherwise I really love my daily routine and am so happy I’ve finally been able to do this!